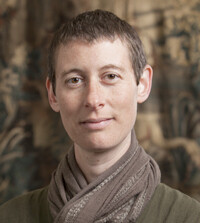 We are thrilled to present this exclusive event celebrating the publication of Kerry McCarthy’s book on Thomas Tallis for Oxford University Press. Her latest contribution to the prestigious Master Musician series is a significant one for English musicology because, while Thomas Tallis is the most artistically significant and influential English composer of the 16th century, there is remarkably little recent writing about him. (This is partly, of course, because much of his biography is shrouded in obscurity.)

Mirroring the structure of her book, Kerry will trace Tallis’s career from his youthful appointment at Dover Priory to his years as a senior member of the Chapel Royal, revisiting the most important documents of his life and a wide variety of his musical works. The book also takes readers on a guided journey along the River Thames to the palaces, castles, and houses where Tallis made music for the four monarchs he served.

Dr McCarthy is that rare creature: an academic who communicates complex knowledge in an accessible and engaging way. Her writing and speaking style is clear and unpretentious. A musician and author known for her work on early English music, she has spoken about Tudor composers to enthusiastic audiences in eleven countries. Her recent book on William Byrd, also in the OUP Master Musicians series, was praised in the London Review of Books, the New York Review of Books, and elsewhere. It also received the 2014 ASCAP Nicolas Slonimsky Award for musical biography of the year. Her new book about Byrd’s teacher, Thomas Tallis, completes a double portrait that has been more than ten years in the making.

The event will be introduced and hosted by David Allinson, who has focused strongly on Tallis’s music during his career. Attendees will be able to order the book at a discount.

Save this product for later